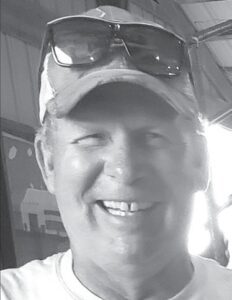 LARRY KOHLER, 69, of Imlay City, Michigan, died Saturday, May 7, 2022 at University of Michigan Hospital of Ann Arbor, MI. Larry Henry Kohler was born July 4, 1952 in Almont, MI. He is the son of the late Henry and the late Angelene (Berlinger) Kohler. Larry grew up in Imlay City on his family’s farm. He lived most of his life in Imlay City. Larry was a graduate of Dryden High School, Class of 1970. He married Terri Su Stroman on November 14, 2007 in Lapeer, Michigan.

He was employed as a team leader by Ford Motor Company – Romeo Tractor & Engine Plant for 42 years before retiring in 2016.

Larry was preceded in death by his parents, Henry & Angie Kohler.

A memorial is being planned for a later date.

Arrangements for Larry’s cremation were entrusted to Muir Brothers Funeral Home, 225 N. Main Street, Imlay City, MI. Please be sure to sign our online register at muirbrothersfh.com to share condolences with the Kohler family.

Our family serving yours for Generations