A look at all the sports action on now 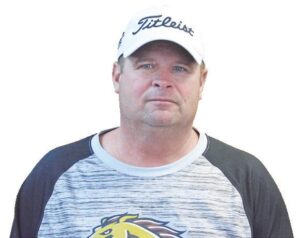 I ask, can the sports scene have more action rolling along then what’s going on currently?

The NHL hockey playoffs start Monday night. What a first round of matchups we have taking place on the ice! I will get to that later.

The NFL Draft has been completed and hopefully the team you follow drafted well. I will get into the Lions draft here in a minute.

The NBA has finally made it to round two and let’s try to pick some winners in these series.

The Kentucky Derby is this Saturday.

The MLB baseball season is not going the way the Detroit Tigers had hoped so far in 2022.

I absolutely love all the sports action going on right now. Let’s dig into the Lions draft. The Lions ended up with Aidan Hutchinson selecting him with the No. 2 pick overall. I would say numerous draft boards had him ranked the No. 1 player in the draft. The pressure is on Aidan to perform well in a hometown Lions jersey and I think he will.

The Lions then moved up in trade with Minnesota from pick 32 to pick No.12. The Lions used that pick on wide receiver Jameson Williams from Alabama. Williams is the best receiver in the draft, but he tore his ACL in the National Championship game last year. I like the pick even if he might not be available until October sometime.

The second round pick out of Kentucky is a defensive end Josh Paschal. I like this three-time Kentucky captain pick in a Lions uniform.

The third round pick was a safety, Kerby Joseph out of Illinois.

The rest of the picks are: James Mitchell, a tight end out of Virginia Tech in round five; Malcom Rodriguez a linebacker out of Oklahoma State in round six and James Houston, a linebacker out of Jackson State. The last pick was Chase Lucas, a cornerback out of Arizona State, in the seventh round. I would give the Lions a B+ grade on their 2022 draft.

The NBA moves into round two. The Miami Heat will take down the Philadelphia 76ers. I don’t think Philadelphia can win without the injured Joel Embiid. The Milwaukee Bucks win over the Boston Celtics as Giannis is the difference for the Bucks in this series. The Phoenix Suns are just more talented than the Dallas Mavericks and they will advance. I believe the same can be said for the Golden State Warriors as they are more talented than Memphis. The

The Detroit Red Wings fired coach Jeff Blashill, who was behind the bench for seven seasons. Jeff’s record was 204-261-72 in Detroit. He was left with a massive rebuild and not much talent on the ice for about four years. He was not the reason the

Wings were lousy, however, it is time for a new voice in the Red Wings’ locker room.

The NHL Playoff series winners are as follows: I like the Carolina Hurricanes over the Boston Bruins. I like the Toronto Maple Leafs to put behind their playoff failures and defeat Tampa Bay. The New York Rangers over the Pittsburgh Penguins. The Florida Panthers will take out the Washington Capitals. I say, those are your Eastern Conference winners.

The Western Conference winners are Colorado over Nashville. The Calgary Flames over the Dallas Stars. The St. Louis Blues over the Minnesota Wild. The Edmonton Oilers over the L.A. Kings.

The first round of NHL Playoffs are so awesome and I just love the next two weeks of watching it! He shoots he scores!

The Kentucky Derby runs this Saturday and it’s known as “The Most Exciting Two Minutes in Sports.” The Derby is the first leg of the Triple Crown, and here are a few horses to keep an eye on.

The favorite, Zandon, is a horse I like to win. I, however, caution you as the chalk does not always win the Derby. The most talented horse in the field is Taiba, in my opinion. A couple other horses on my radar are Mo Donegal and Smile Happy. I can tell you, Messier has a shot to win also. I will go with Zandon or Messier to win. I wish you luck if you are wagering on this year’s Kentucky Derby.

I can be reached at thefatguy@mihomepaper.com.